Soldiers of A Company from the 1st Battalion of Royal Gurkha Rifles and Afghan National Police patrol in Nahr e Saraj village, in Helmand, on June 24, 2010. Britain has around 9,500 troops in Afghanistan and is the second biggest contributor of forces to ISAF after the United States. (BAY ISMOYO/AFP/Getty Images) #

A member of a US Army Explosive Ordnance Disposal (EOD) team stands at the entrance to a container wearing a bomb disposal suit prior to an exercise at Camp Nathan Smith in Kandahar City on June 15, 2010. (Ed Jones/AFP/Getty Images) #

A dead Taliban fighter lies on the ground following clashes with Afghan security forces near the «National Consultive Peace Jirga» tent in Kabul on June 2, 2010. A Taliban suicide squad armed with rockets on June 2 targeted a landmark Afghan peace conference hosted by President Hamid Karzai in a bid to seek a consensus on how to end nearly nine years of war. At least five explosions, believed to be caused by rockets, and gunfire erupted near the giant air-conditioned tent where 1,600 delegates from across the country and Western diplomats attended the opening of the «peace jirga». (MASSOUD HOSSAINI/AFP/Getty Images) #

Soldiers of A Company 1st Battalion Royal Gurkha Rifles make their way through the night as part of Operation Kapcha Door in Nahr e Saraj, in Helmand, early on June 26, 2010. (BAY ISMOYO/AFP/Getty Images) #

A U.S. Army soldier looks up as Navy Hospital Corpsmen cleans dried blood off his face after he was hurt in an explosion on the battlefield in Kandahar province at the Kandahar Role 3 Hospital on June 18, 2010 at Kandahar Air Field, Afghanistan. The hospital, one of the most advanced in the country, recently moved into a modern, custom-built fortified building on the sprawling airbase that serves as the nerve center for the NATO military effort in southwestern Afghanistan. (Chris Hondros/Getty Images) #

The uniform of a U.S. Army soldier lies on the floor of the trauma ward soaked with blood after being cut off of him after he was hurt in an explosion on the battlefield in Kandahar province at the Kandahar Role 3 Hospital on June 18, 2010 at Kandahar Air Field, Afghanistan. The soldier survived. (Chris Hondros/Getty Images) #

Members of the Royal Canadian Regiment stand on a Light Armored Vehicle (LAV) as they put on body armour at Camp Nathan Smith on June 16, 2010, prior to a patrol in Kandahar. (Ed Jones/AFP/Getty Images) #

An Afghan National Police officer returns fire during contact with insurgents at a field outside a village in Nahr e Saraj, in Helmand, on June 26, 2010 during the 17-hour Operation Kapcha Door with A Company of 1st Battalion Royal Gurkha Rifles. (BAY ISMOYO/AFP/Getty Images) #

Sergeant First Class Joseph Denny of Franklin, Indiana (right) shakes hands with an Afghan boy during a patrol on June 6, 2010 in Rambazi, a village south of Kandahar, Afghanistan. Soldiers of the 1st Squadron, 71st Cavalry Regiment of the 10th Mountain Division have fanned out in the vast hinterlands south of Kandahar, part of a counterinsurgency strategy aimed at protecting Afghan civilians and legitimizing the government of Afghanistan in the minds of the rural local populace. (Chris Hondros/Getty Images) #

An honor guard carries the casket of Sergeant Martin Rene Goudreault to the hearse and past family members at Canadian Forces Base Trenton June 9, 2010. Sgt. Goudreault was killed after an improvised explosive device detonated during a foot patrol, southwest of Kandahar City in Afghanistan June 6, 2010. (REUTERS/Fred Thornhill) #

An Afghan boy balances a football on his head on a hilltop above Kabul on June 22, 2010. (Ed Jones/AFP/Getty Images) #

An Afghan National Police member chants Koranic verses aloud over gravely wounded man after a truck full of Afghans hit a buried mine intended for the US Army June 21, 2010 in Khushi Khona, Afghanistan, in the northern reaches of Herat Province near the Turkmenistan border. Eight local Afghan men were aboard the truck, returning from a routine trip to buy sheep, when they struck a powerful buried explosive along a route frequented by the US Army’s 82nd Airbone Division when they patrol the remote area. Five of the men were killed instantly; three others were seriously wounded and were treated by 82nd Airborne medics on the scene, and were then flown out by MEDEVAC helicopter. (Chris Hondros/Getty Images) #

An Afghan woman carries her child in the village of Gorgan June 25, 2010. (REUTERS/Denis Sinyakov) #

Afghan miners work in a coal mine 100 km east of the western city of Herat on June 26, 2010 in Afghanistan. A US survey has uncovered at least one trillion dollars worth of mineral deposits in Afghanistan, however with barely any mining industry or infrastructure in place in the war torn country, there are doubts as to how Afghanistan will be able to manage this windfall. (Majid Saeedi/Getty Images) #

An Afghan policeman walks in front of a burning U.S. armored vehicle which was hit by a suicide bomber in Nangahar province June 6, 2010. A suicide bomber targeted a NATO convoy in the eastern city of Jalalabad on Sunday, wounding nine civilians and a police officer, provincial governor spokesman Ahmadzia Abdulzai said. (REUTERS/Parwiz) #

Afghan schoolgirls, seen through the window of a Humvee, wave to a passing American convoy June 26, 2010 in downtown Herat, Afghanistan. Historic Herat, one of Afghanistan’s largest cities, is bustling these days and is considered safe by American and Italian troops tasked with securing the region, who have mostly seen attacks in rural areas of the province. (Chris Hondros/Getty Images) #

Four Taliban members are presented to the media after they were detained during an operation in Ghazni province June 13, 2010. (REUTERS/Mustafa Andalib) #

Afghan children hold their skateboards as they wait in line to take part in a skateboarding competition at Skateistan, a co-educational skateboarding school in Kabul on June 21, 2010. (REUTERS/Omar Sobhani) #

A member of the Afghan National Police (ANP) watches as US soldiers of the 97th MP Battalion (not pictured) search the site of a Taliban weapons cache in Kandahar City on June 14, 2010 discovered after an informant contacted NATO forces in the area. (Ed Jones/AFP/Getty Images) #

Phillip Serwinowski (center), father of Lance Cpl. Timothy G. Serwinowski, rests his head on the forehead of Marine Lance Cpl. Nathan McCormack of Garden City, Michigan as he presents the flag to the family outside Amigone Funeral Home on Sheridan Dr. in Tonawanda, New York on Saturday, June 26, 2010. Serwinkowski’s mother Sally Urban reaches out a supportive arm to the visiting marine who served in the same platoon as her son and escorted the body home after his death. Serwinowski was assigned to 3rd Battalion, 6th Marine Regiment, 2nd Marine Division, II Marine Expeditionary Force, Camp Lejeune, North Carolina, and was killed on June 21, 2010 while supporting combat operations in Helmand province, Afghanistan. (AP Photo/Robert Kirkham) #

The sun rises behind razor wire at an Army outpost in the village of Balanday, in Dand District, Afghanistan. (Chris Hondros/Getty Images) #

A Canadian soldier with the 1st Battalion, The Royal Canadian Regiment fires an anti-tank rocket during an exercise in Khebari Ghar in the Panjwayi district, southwest of Kandahar, Afghanistan on Thursday, June 3, 2010. (AP Photo/Anja Niedringhaus) #

U.S. Army General Stanley McChrystal, the top commander in Afghanistan, enters the White House before a meeting with President Barack Obama and other national security leaders in the Situation Room June 23, 2010 in Washington, DC. McChrystal was called back to Washington after a Rolling Stone magazine article quoted the general disparaging Obama, Vice President Joe Biden and other leaders in the administration. McChrystal was later removed from command, and has announced that he will soon retire from the Army. (Chip Somodevilla/Getty Images) #

Afghan girls pose for a photo at a fence on a hilltop overlooking Kabul on June 22, 2010. (Ed Jones/AFP/Getty Images) #

Sgt. David Guthrie of Grimes, Iowa serving with the U.S. Army’s 1-17 Cavalry smiles as he reads a letter that had just arrived from his family at Strongpoint Tarnak on June 14, 2010 in rural Dand District, just south of Kandahar, Afghanistan. (Chris Hondros/Getty Images) #

A local boy is questioned by Afghan police and the U.S. Army’s 82nd Airborne Division if he recognizes the body of a suspected Taliban bomber lying below June 22, 2010 in the Khushi Khona area of Afghanistan, in Herat Province. The suspect was shot by forces in the 82nd Airborne during a brief firefight the day before, and his body was found later, containing detonators and other bomb-making materials. (Chris Hondros/Getty Images) #

An Afghan girl awaits treatment in a Herat hospital after being wounded in a clash in the nearby Afghan province of Badghis June 20, 2010. More than 30 Afghan civilians were wounded during a clash between a group of pro-government militia and Taliban insurgents in northwestern Badghis province on Sunday. Three insurgents and a militia member were killed in the encounter, said Sharafuddin Majedi, a spokesman for the provincial governor. (REUTERS/ Mohammad Shoiab) #

42
Friends and family of Private Douglas Halliday approach a hearse as the cortege carrying the bodies of seven British soldiers and Marines killed in Afghanistan pass along the High Street on June 29, 2010 in Wootton Bassett, England. The bodies of Sergeant Steven Darbyshire, Lance Corporal Michael Taylor, Marine Paul Warren, all of 40 Commando Royal Marines, Lance Corporal David Ramsden of 1st Battalion The Yorkshire Regiment, Colour Sergeant Martyn Horton, Private Alex Issac and Private Douglas Halliday, all of 1st Battalion The Mercian Regiment, passed through the town after they were repatriated to nearby RAF Lyneham. (Matt Cardy/Getty Images) #
01-07-2010 14-48
«Хвиля»
Последние новости 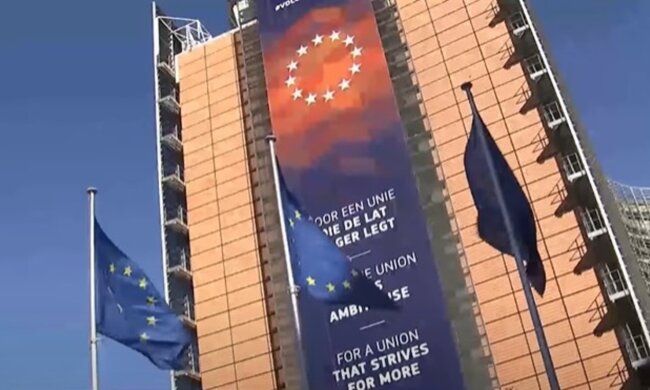